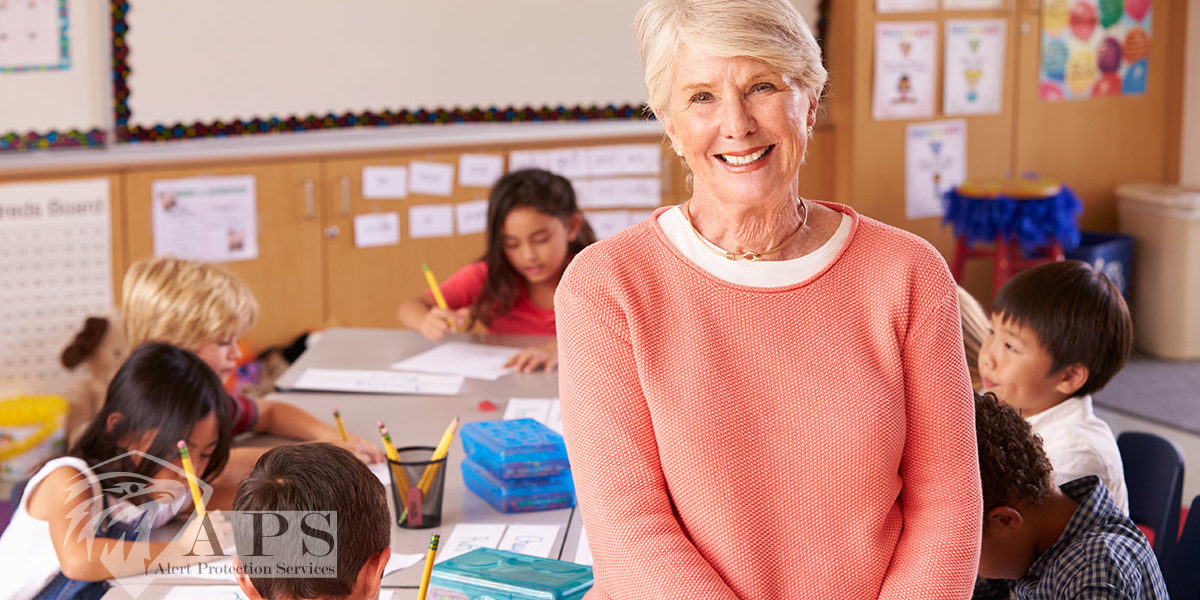 In the first 21 weeks of 2018, there were 23 school shootings where someone was hurt or killed, which averages out to more than one shooting a week. If you have a social media account, follow the latest news, or have been personally impacted by this pressing issue at the forefront of our nation’s attention; then you are aware of the shocking violence occurring in schools, businesses, and places of worship across our country. It seems as though one news headline after the other hits the press. Innocent lives are taken, and communities are left forever impacted. We then ask ourselves, how can I work on developing an effective emergency response plan?

School officials across the nation have quickly realized the reality they face this back to school season. These headlines aren’t a matter of IF anymore, but rather WHEN. That stark reality has undoubtedly sparked a renewed focus on being able to answer this question, confidently, “How will my school respond to such an emergency?” This article aims to provide the insight needed to understand the components for a robust emergency response plan and guide your search for tactical response tools/training for your school to form a renewed sense of proactive safety this school year.

What Does It Mean To Respond To An Emergency?

Common examples observed in schools include unwarranted guests at the front entrance, a student with a medical condition losing consciousness or an individual with a firearm entering the building to cause harm. First, it’s necessary to recognize that emergencies arise in many forms and require uniquely different responses. Infinite situational variables can quickly make the task of crafting emergency response plans a bit overwhelming. It’s helpful to begin by assigning these many emergency scenarios into the most commonly observed broad categories. These include regular staff needs assistance incidents, medical emergencies, and active threat situations. Anyone of these emergency scenarios requires a unique rapid response among school staff and often emergency responders. The common theme among them all remains– that seconds matter.

Developing an emergency response plan is an essential component in your school’s ability to save lives when seconds matter. The multitude of possible scenarios that may arise throughout a school day is ever increasing– especially regarding active threat situations. Each attack is different, every person behind them is distinctly complex. Using weapons are becoming more prevalent, and resources to plan such horrendous acts are more available than ever before. The reality is–no one can truly predict what might happen. For this reason, security expert Dave Kisch (retired police/ school resource officer) believes “Proactively taking time, and spending money to ensure your schools emergency response plans are regularly practiced and improved is the best option in today’s environment.”

Consulting with your local police and recruiting a security expert in your area are perfect examples of developing an effective emergency response at your school. These experienced professionals are the most qualified to identify gaps in your building security. They can also serve as a valuable resource for suggesting hardware and software tactics, along with training. But how will you know when your plan is top-notch? Ask this question to most any safety resource, and they will reply with the commonly used sayings” you won’t know for sure until you try” and “practice makes perfect.” Experts widely consider the communication and training/practice of such plans are an extremely valuable indicator of the effectiveness in emergency response execution during real situations.

Conducting a faculty safety meeting before the school season and once per quarter is a useful practice. These meetings develop staff awareness of different building safety considerations and the necessary emergency response scenarios. School officials that develop regularly used protocols for responding to non-emergent events lay a foundation for effective life-saving actions when true emergencies happen.

On April 16th 2007, Virginia Tech experienced one of the deadliest mass shootings in United States history, leaving thirty-two students and faculty killed. Inadequate response procedures led the campus law enforcement to be unaware of the shooter’s location for over two hours. The shooter moved undetected to another section of the campus where the shooting continued.

The leading indicators of an emergency’s number of casualties lie in the amount of time expended to notify, map, and communicate the situation to everyone in the building.

A recent study conducted by Purdue University students used computer-based modeling to analyze effective methods for mitigating the impact of an active shooter event. The results of this study and a few similar studies concluded that the time spent between the beginning of the event to its ending directly correlates to the number of casualties incurred in an active threat event. Their findings illustrate the importance of schools not just focusing on prevention tactics but mitigation tactics for emergencies after a threat has entered the building. When all individuals are rapidly notified of the type of situation occurring, they can then more effectively form a solid course of action that can get them to safety.

In addition to the inadequate notification, not knowing the location of a perpetrator directly impacts the amount of time it takes for responders to de-escalate the emergency. Identifying a tool which allows for real-time tracking on a facility map also improves staffs ability to decide to evacuate the building to safety or know that locking down in their room is the only option. The Parkland School Shooting illustrated the unfortunate response gaps. The shooter took 17 lives that day and police reported that his tactical choice to pull the school’s fire alarms led students/staff on the floor above confused as to what was happening and resulted in a few individuals to flee towards the threat instead of away.

Seeking a tool that facilitates the communication of credible information quickly is truly the golden key to ensuring everyone is aware of the situation. Communication also allows for an adequate chance to seek safety while waiting for first responders to arrive. Example questions that Active Threat Monitoring Systems should help administration answer to save those crucial response time seconds include- where is the danger? Where is the emergency? Who are responders looking for? What should they expect? How can that be relayed to everyone in the facility?

In recent years, the security industry has developed some cutting-edge solutions enabling facilities across the nation to overcome these deadly obstacles in emergency response. Alert Protection Services’ Active threat system, mass notification software, and mobile app technology are just a handful of services to help your search for tactical tools your school can implement to proactively arm students and staff with the ability to survive in the event of the unthinkable. Read more about our proprietary real-time threat reporting solution here.

The Elements Of A Quality Security Assessment
May 19, 2022

What To Do If You Hear Someone Making Terroristic Threats
May 5, 2022

Why Alert-Com Is Your Go To Emergency Notification Solution
April 14, 2022